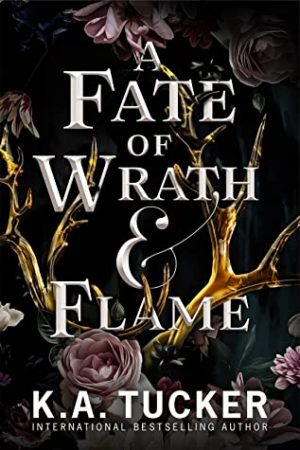 Gifted thief Romeria has flourished from her days as a street kid pilfering wallets to survive. Now she thrives, stealing jewels from the rich under the involuntary employ of New York City’s most notorious crime boss. But when an enigmatic woman secures her services at swordpoint, Romeria is plunged into a startling realm of opposing thrones, warring elven, and elemental magic she cannot begin to fathom.

Her quest is straightforward: Steal a stone from Islor’s sacred garden without anyone discovering her true identity, which would earn her certain death. But the identity she has inexplicably assumed is that of the captured Ybarisan princess—an enemy to Islor after she poisoned their beloved king and queen on the day she was to marry the prince.

Her betrothed, the newly crowned King Zander, detests her with every grain of his handsome being. Fortunately for Romeria, she is more valuable to him alive than dead. Zander gives her a choice: life in a cell, or an acquittal of all charges in exchange for her help in exposing the growing plot against him.

Romeria sees no other option and embraces the tricky role of smitten queen-to-be until she can escape, a ruse that brings her far closer to the king than she anticipated and threatens more than her safety. As she digs deeper into this sacred garden and the ancient feud between Ybaris and Islor, she discovers monstrous truths that could spell ruin for all.

She would know the world of vengeful gods and monsters, and the lengths one would go for love. And nothing would ever be the same for her again.

“You are about to enter a world unlike that which you know.”

KA Tucker has been a favorite author of mine since I first stepped into Ten Tiny Breaths. I read everything she writes. I have even read her previously published fantasy series, Causal Enchantment. I can’t even describe my excitement over her diving into fantasy again. My only worry whenever new fantasy releases is: how will the author will make their fantasy novel stand out in a sea of stunning fantasy novels? But I knew KA Tucker would not disappoint.

Our MC Romeria is hardened from life experiences and working as a high class thief. I really like her attitude and spunk, and she takes on being literally thrown into another realm head first and with determination. King Zander, our leading man, is hard not to swoon over immediately. His anger and brashness is sexy, but I think its because we all know there is a soft side in there. I love them both and it was actual torture waiting for things to progress with them, even just the smallest bit of kindness. I do love a good arranged marriage, enemies to lovers story.

As far as side characters, Elisaf and Annika are my favorites. They have strong and loveable personalities and both a sense of humor I love.

“Why else does one kingdom fall but for another to rise?”

Once you are in Islor, and Romeria has to learn the history to understand what is happening around her, the reader has to learn it all as well. This likely accounts for some of the length of this book, as it felt like I was stuck in political and historical info dumps more often and for longer than I like to be. That’s not to say the lore that has been created here isn’t interesting – it definitely is – but this is something I struggle with in most fantasy. But I see why it is necessary also, especially if this is going to be a duet or series (which it is!!!).

This book had all kinds of surprises I did not see coming, but the bloodsucking thing did catch me by surprise! They aren’t the typical vampire, but bloodsucking does impact the lives and health of many. But they aren’t all…. there are fae, demons, fates, various elemental magic based abilities… this world kind of has it all. I found this book much less predictable than other fantasies I have read lately, which is both refreshing and frustrating because I like to make guess and hate when I’m wrong, lol.

There were moments that left me gasping, swooning, and sitting on the edge of my seat. I went through a range of emotions reading this and I loved it. A final warning for romance heavy fantasy lovers: the romance is definitely not a part of the main storyline. And it is very slow burn! But I can live with that, and hopefully you all can too! I cant wait for the next book and to be captivated by this world and these characters all over again!