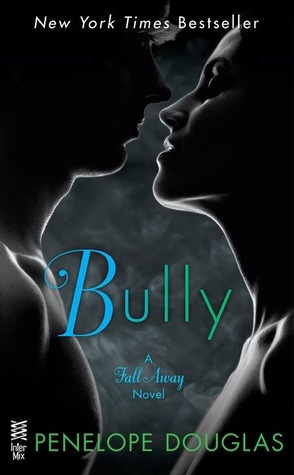 My name is Tate. He doesn't call me that, though. He would never refer to me so informally, if he referred to me at all. No, he'll barely even speak to me.

But he still won't leave me alone.

We were best friends once. Then he turned on me and made it his mission to ruin my life. I've been humiliated, shut out, and gossiped about all through high school. His pranks and rumors got more sadistic as time wore on, and I made myself sick trying to stay out of his way. I even went to France for a year, just to avoid him.

But I'm done hiding from him now, and there's no way in hell I'll allow him to ruin my senior year. He might not have changed, but I have. It's time to fight back.

I'm not going to let him bully me anymore.

Tate and Jared were best friends; however, one summer away from each other changed everything. For reasons unknown to her, the boy she knew and loved was gone; replaced by someone who lived to make her life miserable. As time went on, things got worse and worse. Tate has been humiliated, shut out, and gossiped about her entire High School career and made it a point to stay out of Jared’s way. After spending a whole year in France to avoid him, Tate returns home for her senior year. She’s done with the games, and she’s done hiding. He might not have changed, but she certainly has.

Let me start by saying that this book contains adult / mature young adult content and is therefore not suitable for all audiences. Proceed with caution.

I have to admit that this book was not entirely what I expected, but in a good way. I went for this book looking for a quick enemies-to-lovers story to read, and while it was precisely that, there was a bit more to it.

The characters, especially Tate, were relatable and well-developed. Her battle with bullying and the emotional toll it takes on her seemed real and were described straight-forward, without fairy-dust and glitter. Tate developed a bit of a bite during her year abroad, but she then struggles with not turning standing up for herself, into an ‘an eye for an eye’ kind of thing, which for me contributed to the realness of her character and the story.

Then there’s Jared, the best friend-turned-nemesis. While the overall storyline suggests that Jared has an ulterior motive with his bullying, his character you will love to hate. There’s no saying this differently, at the beginning of the book he was an asshole. In Jennifer Armentrout’s words: the guy was seriously flipping my bitch switch. However, as the story progresses, the desire to know what happened to the kid that Tate has so many fond memories of, grew with each chapter. His behavior and expressions sometimes revealed a lot more than he wanted to, which made me all the more curious and determined to figure him out.

Based on what I’ve heard from other reviews many people struggled with relating to Tate’s decision to forgive him for all he’s put her through and pursue their relationship. Here’s what I think: while it’s clear from the beginning that the Jared she knew is gone, she never really let go of the child he was, her best friend. So, despite his behavior, she misses and craves the connection they used to have, and that’s what offered me personally a realistic opening for the development their relationship makes throughout the book.

While they were still a few elements in the book that I did not particularly like, the rebound situation we have going with Tate’s best friend and Jared and the massive drama bomb at the end, I overall enjoyed the book and would definitely recommend it. For appropriate audiences, of course.

I regard this story as a work of fiction and wrote this review solely from an entertainment standpoint. The intention is not to downplay or make light of the severe and highly sensitive issues addressed in this book.