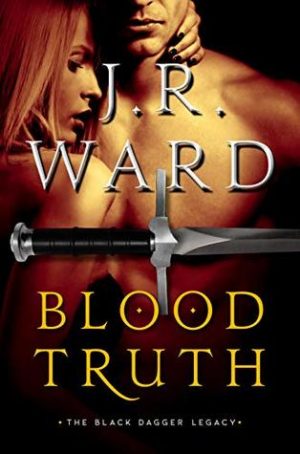 As a trainee in the Black Dagger Brotherhood’s program, Boone has triumphed as a soldier and now fights side by side with the Brothers. Following his sire’s unexpected death, he is taken off rotation against his protests—and he finds himself working with Butch O’Neal, former homicide cop, to catch a serial killer: Someone is targeting females of the species at a live action role play club. When the Brotherhood is called in to help, Boone insists on being a part of the effort—and the last thing he expects is to meet an enticing, mysterious female...who changes his life forever.

Ever since her sister was murdered at the club, Helaine has been committed to finding the killer, no matter the danger she faces. When she crosses paths with Boone, she doesn’t know whether to trust him or not—and then she has no choice. As she herself becomes a target, and someone close to the Brotherhood is identified as the prime suspect, the two must work to together to solve the mystery...before it’s too late. Will a madman come between the lovers or will true love and goodness triumph over a very mortal evil?

The Black Dagger Brotherhood will go down in history as the series that introduced me to PNR, and for that I am eternally grateful.

I really love the Black Dagger Legacy series in particular, because it serves as a throwback to the first books in the series, what with all the murder and sex and the Brothers teaming up to solve crimes and drop panties. Good times.

Admittedly, though, I was hesitant about Boone’s book. I always knew he was coming (yeah that’s a pun, read the books), but he was so quiet and introverted that I wondered what his storyline could possibly entail. I felt a little bit better after one of the Legacy books mentioned he was listening to U2.

But the end of The Savior really threw me for a loop! What! The! Fuck!

Blood Truth was beautiful because it opened a door to Boone’s life in a way that I completely wasn’t expecting. The guy’s dealing with grief and trauma and an odd lack of emotion regarding a fairly significant death in his family. I was waiting for him to turn brutish and mean, or maybe reveal some weird kink (sexual or otherwise) that he’d been sitting on and hadn’t told the other trainees about, but naw.

Boone surprised me because he’s just a really stand up guy.

Arguably, the BDB universe’s greatest threat includes slayers, shadows, and a certain demonic bitch, but I personally think the glymera are the worst antagonists. First of all, you don’t get to be judgmental when you’re old as dirt and your biggest frets are still about which watch your cousin’s-sister’s-uncle’s goldfish is wearing (or whatever). They played a huge part in Blood Truth, mostly by being their annoying, judgy, POS selves, but it let us as readers explore Boone’s personality in a way that wouldn’t have been offered if his story had mostly taken place at the training center, which is mostly how Blood Vow and Blood Fury went.

Boone was kind of an average Joe, but he gave the glymera a big ol’ middle finger in the prologue, so I have to admire the way he stuck to his guns. It took Peyton a while longer for him to say “Fuck You” to his overbearing, obnoxious family, which is partly why it took me a hot second to get into Blood Fury. But Boone’s moral compass has apparently always pointed to What’s Right and I found that to be really appealing in this book. Craeg and Paradise (gosh, I loved their cameo, seeing them interact as a Confirmed Couple was actually really sweet) said that he’s the guy who always does the right thing, and that sort of behavior appeals to me! It was definitely a reprieve from the sparse-but-intense Syn-led chapters—I low-key forgot about the Bastards post-The Chosen but ohmygod they’re back they’re badass and Syn’s book is going to fuck me up. (His bromance with Balthazar is reminiscent of the Z-Phury relationship pre-Lover Awakened, which was one of my *favorite* BDB books).

Okay, so: Boone’s cool, kind of dorky, and definitely a good guy. I liked him, even though he’s not my usual flavor of vampire *not sure if I should cringe or wink at that sentence ohwelli’mkeepingit*

But for some reason…and I almost can’t put my finger on it…I had a harder time connecting with her (odd, given how introverted I am). I think I was hoping for more interaction with characters who weren’t Boone. Their chemistry was so perfect, and they were so well-made for each other that I felt like I didn’t have the chance to really wonder about her. She was so comfortable with Boone that she laid everything out on the table and therefore didn’t leave much mystery. *shrugs* There was also a maybe-I’m-pregnant plotline, which I wasn’t a huge fan of, just because the Legacy books remind me of, like, mini Brothers, before they got all mature and worldly and wise and wanted to be dads.

I’m also just not a huge fan of pregnancy plot lines anyway, so allow me to just flag my own bias.

As a brief run-through: the exploration of Boone’s priorities was amazing, Helaine wasn’t my favorite but I can’t deny that she’s perfect for Boone, the Craeg-Paradise scene warmed my cold dead heart, Syn was intriguing and very reminiscent of Z prior to meeting Bella, and the Troika scenes made me believe in God. That trio is so fucking funny and their chemistry is *kisses fingers* poetic cinema I S2G. Every time the potato gun is brought up, my skin is cleared, my crops are watered, and angels descend from the sky.

My only major almost-unforgivable problem with this book: WHERE IN THE NAME OF THE LITTLE MERMAID WAS LASSITER.

He’s my favorite BDB character (the guy’s literally a deity but he spends his time watching RHOBH and getting stuck in chimneys, so he’s basically my soul mate) and he was definitely my favorite part of Blood Vow—he got so much page time! Making a naked calendar of himself? Amazing. Inspired.

So where was he.

I’m hoping that the Warden is, like, rubbing her hands together and gearing up to give Lassiter some serious page time in The Sinner, given where Throe’s storyline ended up (I all-but lost my shit over the ending of The Savior). Let that angel, in all his pierced, AMAAAAZINGGG glory (more puns) have the page time that he deserves I crave. (Please? Pretty please with chocolate chocolate chip ice cream on top?).

Seriously, though, the day Lassiter, Eddie, and Adrian share a page will be the day I peak in life. Give me all the angel content. 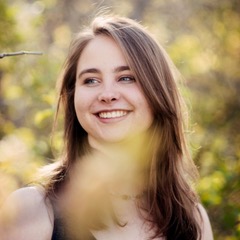 My name’s Ava, and I’m an avid reader. YA is my sweet spot, but I’ll never pass up the opportunity to devour a good book. Reading aside, I can be found purchasing more coffee mugs than any human being has the right to own, drinking more coffee than is socially acceptable (in said mugs), rewatching 30 Rock, and writing – sometimes reviews, sometimes novels, sometimes essays, and sometimes rant posts about my favorite ships (it’s been eight years and I’ll still never be over the potential Klaroline had). I’m currently a student seeking an English degree, and after that I’m not really sure where I’ll end up, but I’m sure I’ll be happy as long as there are books. And coffee.