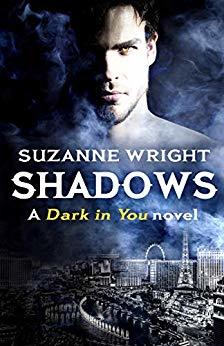 A match made in hell?

Devon and Tanner fight like... well, cats and dogs. Which makes sense since hellcats and hellhounds aren't exactly a match made in heaven. Unfortunately, their demons' antipathy towards each other is matched only by the red-hot sexual tension between Tanner and Devon. It's driving them - and their long-suffering friends Harper and Knox - mad.

When Devon is nearly kidnapped, Tanner's protective instincts kick into overdrive - he's sticking by her side, day and night. But staying so close means their hunger can no longer be denied . . . They know their demons won't accept the match, but after one red-hot night they'll fight to stay together as long as they can, even though shadows are gathering around them. Devon's would-be kidnapper is still on the loose, a serial killer carrying rage from a twisted past threatens the lair and, most of all, Tanner and Devon are losing themselves to the heat between them. When this relationship goes up in flames, it could be a blaze that neither of them can walk away from . . .

While this book is part of a series, it can be read as a standalone. I still recommend reading the first four books. They follow a different couple and are super amazing!

I’ve been waiting for this book for what seems like an eternity and I got everything I wanted in this book and more. You guys know I’m a big Suzanne Wright fan. She could jot down her grocery list and I would probably still read it. But I’m not joking when I say this book was captivating, interesting, hilarious, and swoony. This book focuses on Devon being kidnapped, and the group narrowing down those suspects. But it also has an additional mystery so you won’t be bored during this story for one second.

Devon is a BA hellcat who keeps her secrets close to her heart. She loves deeply and does her own thing regardless of what others think, but there are some deep issues that we learn about in this book that make her relatable and, dare I say, human. We get to know a lot about Devon and I have no doubt all the readers are going to fall in love with her, especially when she’s such a sarcastic, stubborn hellcat.

“Honestly, sometimes it’s like your brain takes a laxative or something.”

Tanner is a hellhound which are basically mortal enemies of hellcats, so you can see how this will get interesting. He’s strong and possessive, yet selfless and protective…and super sweet. He’s also the funniest ever, and I love him.

“Look, kitten, I know it’s a struggle for you to deal with the undying love you feel for me and the close proximity only makes it harder, but what doesn’t kill us makes us stronger.”

If you’ve read the previous books you know that there is something between Tanner and Devon…well if you count fighting as something. But how they’re going to get over their cat and dog issues is the real question.

“A part of you will always belong to me. I’m not giving it back. It’s mine now. You don’t need it as much as I need it.”