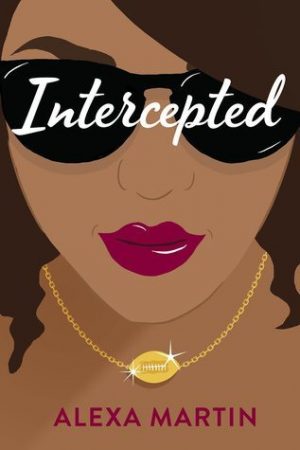 Marlee thought she scored the man of her dreams only to be scorched by a bad breakup. But there's a new player on the horizon, and he's in a league of his own...

Marlee Harper is the perfect girlfriend. She's definitely had enough practice by dating her NFL-star boyfriend for the last ten years. But when she discovers he has been tackling other women on the sly, she vows to never date an athlete again. There's just one problem: Gavin Pope, the new hotshot quarterback and a fling from the past, has Marlee in his sights.

Gavin fights to show Marlee he's nothing like her ex. Unfortunately, not everyone is ready to let her escape her past. The team's wives, who never led the welcome wagon, are not happy with Marlee's return. They have only one thing on their minds: taking her down. But when the gossip makes Marlee public enemy number one, she worries about more than just her reputation.

Between their own fumbles and the wicked wives, it will take a Hail Mary for Marlee and Gavin's relationship to survive the season.

Intercepted – the first installment in Alexa Martin’s Playbook series – is a smart, witty and slightly addictive sports romance that follows Marlee Harper, ex-girlfriend of NFL star Chris Alexander, and her hot as hell second shot at love with the newest addition to the team, former one night stand and quarterback Gavin Pope.

Having a bit of a taste for steamy sports romances this one was right up my alley. Intercepted had everything I want and love in these kinds of stories: an obnoxious ex-boyfriend, a football-playing knight in shining armor and a fierce, hilarious female lead that won’t take shit from anyone. I adored Marlee, her at times unfiltered mouth and all her weird quirks from page one. She’s definitely the friend you’d bring to a fight.

“All right, enough of this shit. I’m a grown-ass woman, not some scared fifteen-year-old trying to get a seat at the cool girl’s table. Hell, I’m the freaking cool girl. She can’t sit with me!”

I enjoyed the hell out of Alexa’s straight-forward, take-no-prisoners writing style, despite the at times a bit excessive use of hashtags and exaggerated drama. Fans of Helena Hunting’s Pucked series will enjoy this one for sure. And if you’ve never read a sports romance before, this one is a good start.