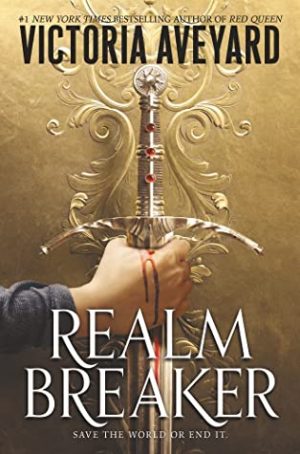 A strange darkness grows in Allward.

Even Corayne an-Amarat can feel it, tucked away in her small town at the edge of the sea.

She soon discovers the truth: She is the last of an ancient lineage—and the last hope to save the world from destruction. But she won’t be alone. Even as darkness falls, she is joined by a band of unlikely companions:

A squire, forced to choose between home and honor.
An immortal, avenging a broken promise.
An assassin, exiled and bloodthirsty.
An ancient sorceress, whose riddles hide an eerie foresight.
A forger with a secret past.A bounty hunter with a score to settle.

Together they stand against a vicious opponent, invincible and determined to burn all kingdoms to ash, and an army unlike anything the realm has ever witnessed.

The past year I have been trying to add more fantasy reads to my TBR and I was instantly sold on this one. The band of misfits was what pulled me in and I couldn’t wait to read about them. With this being my first read by Victoria Aveyard, I was quite eager to start.

I’m sure it was a series of things that lead me to, unfortunately, shelving this book … for now. But the longer I pushed myself to try and get through this book, it was coming onto week 3.

I haven’t read a ton of high fantasy before, so for me, it’s still a lot for me to get used to. World building always gets me, so I was beyond confused and couldn’t grasp a decent image of where the setting was. More than anything, I wanted to get to the adventure part.

But the major thing that took me out of it was the multiple POVs, there are 5 … It was hard for me to differentiate between each one because they were all starting to sound the same.

I know quite a few that thoroughly enjoyed Realm Breaker and I definitely want to give it another chance, but for now, it’s going to be a DNF. I tried to push myself through this, but couldn’t do it. Hopefully, in the future, I’ll be able to give this a try again.