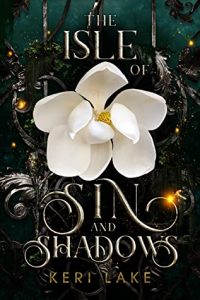 This island alone boasts more ghost stories than all of Louisiana combined.
And I’m one of them.
In the Louisiana swamplands, ghost stories are as much a part of childhood as chasing fireflies and crawfishing. They never much scared me, though, nor the possibility of evil out to do me harm. Until the night I watched shadows come to life and butcher everything I loved.
With a stranger’s help, I managed to escape to an isolated place miles north, and, in time, became my own ghost story. A cautionary tale for the locals.
Nearly a decade passed, before I returned to my birthplace, in hopes of unearthing long-awaited answers. Instead, I found something I wasn’t looking for. Someone. A remedy for my loneliness.
Or so I thought.
Turns out, Thierry Bergeron is no elixir. He’s a deadly poison, cursed by the demons of his past, and feared by those who call him the elusive Rougarou of the bayou. A devious rogue, whose seductive whispers and rough hands haunt my dreams. The big bad wolf that defiles me without apology, or remorse.
I should resist him, but I can’t.
And when the shadows return to stake their claim on me, his darkness is the only safe place to hide.